Dungeon arranging is a new feature of the Switch version.

First of all, pay a visit to Dampé in his shack to the east of Goponga Swamp and talk to him. He explains that you can create dungeons by arranging chambers, that is dungeon rooms. You can get chambers by completing the standard dungeons of the game and by using amiibos.

After finishing the first dungeon, he gives you a starting chamber, a boss chamber and some other chambers.
Each time you complete a dungeon (including the Color Dungeon), talk to Dampé to receive new chambers. 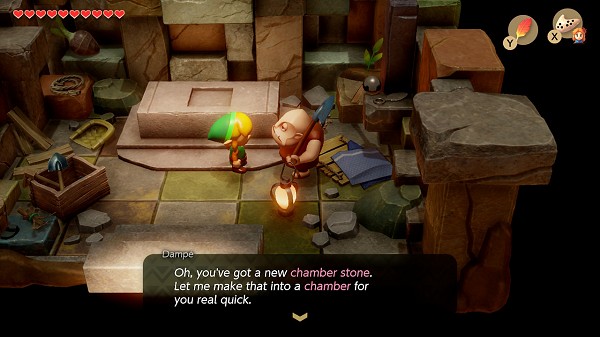 Using an amiibo and asking for a special chamber, you can get: 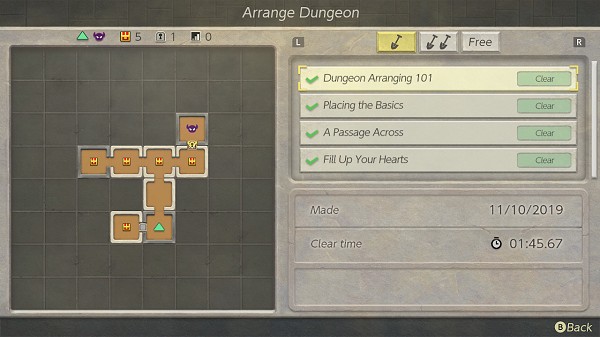 Once you own a few chambers, you can start creating a dungeon. To do so, move between the different types of chambers with one, 2, 3 or 4 entrances, then for each of these types, between the different positions of these entrances. Select a chamber and place it on the map to the left, so that the entrances match. Once you're done, all the chambers should be blue, otherwise press Y to check out what the problem is. Finally, point at the start chamber and start exploring your dungeon. 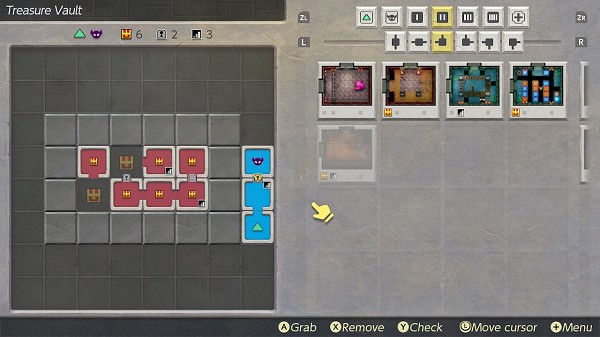 After defeating the boss of this dungeon, Dampé gives you a new chamber and tells you that you can keep all the rupees you found.

Note on the underground passages: Have already been annoyed by stairs which are not linked like you would like them to be? Me too. It seems that the system links the two nearest stairs, then the remaining ones...

Bring these chamber stones to Dampé so he will transform then into chambers.

Some chamber stones are actually "tiles" with a particular effect:

Thanks to Samchi, Maella, Soulterra, MeToX and Marc for their info!