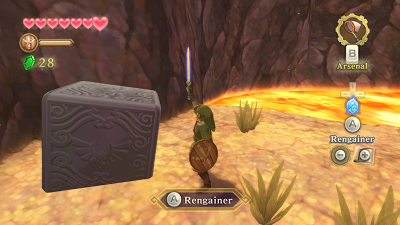 A Goron found those things dropped by the Goddess and called them "Goddess Cubes". After telling you the legend about those cubes, he admits he doesn't know how to use them. Get close to the cube and unleash the Skyward Strike: the cube flies away! Tell him you'll help him by doing the same thing with the other cubes.

Later, during your first return from the surface, Fi says that the cubes which are activated release a kind of sacred energy. The different locations of the cubes are marked on the map with a purple icon.

Here are the 27 locations of the Goddess Cubes!
The number that is before each line tells the chronological order in which it is possible to get them.
At the bottom of the page, a map points out the locations of the chests. 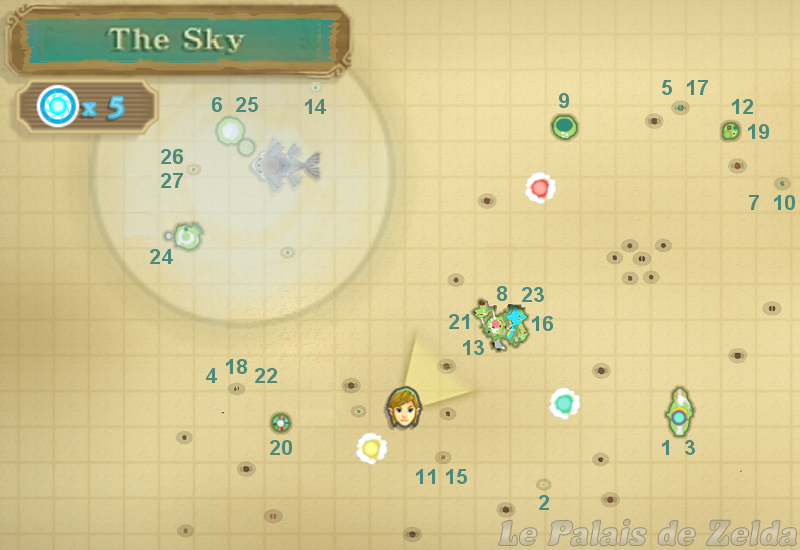 Thank you to Drizzt, Ed, Samchi, Shiva, Skyward Player and Linebeck II for their contribution!